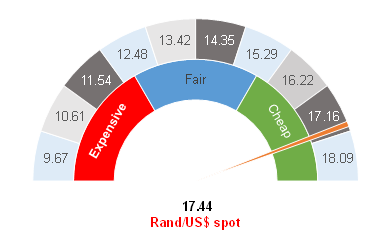 The rand has weakened quite dramatically over the past two weeks – from around a level of R16.50/US$1 to closer to R17.50/US$1. This is in stark contrast with our view that the rand still has space to strengthen as emerging market (EM) sentiment recovers. However, the main driver of recent negative sentiment towards EMs is Turkey. As the Turkish lira came under pressure, the central bank was not comfortable raising interest rates further (which is what it would normally do under these circumstances). Instead, it spent foreign reserves trying to prop up the lira, which fell to record lows. When that did not work, Turkey made its currency very illiquid in the interbank market in an attempt to slow down its depreciation. EM sentiment quickly turned negative as Turkey battled to contain the fallout of this move in its currency markets. Traders, unable to short the Turkish lira, turned to the rand as a mechanism to short EM currencies with the result that we have seen the rand weaken in short order.

Where EM sentiment goes, the rand will follow. Nevertheless, we still maintain that sentiment will turn more positive as the COVID-19 crisis fades, volatility subsides, and the reality of low developed market (DM) interest rates becomes apparent. For now, we maintain our view that the near-term outlook is for gradual rand strength as the local currency claws back some of its recent losses. However, the rand will remain volatile as US President Donald Trump pulls out all stops and picks all the fights he can in an attempt to salvage a victory in November’s US presidential election.

Domestically, we are waiting in anticipation as pressure for a liberalisation of the economy towards level-2 lockdown grows. South Africa’s (SA) Infection rates are down and hospitals in several regions are empty. This is putting the rand in a slightly buoyant mood, notwithstanding the fact that Eskom has reintroduced loadshedding. If Eskom is battling to provide power to the country at a level-3 lockdown, just imagine if SA was actually completely open for business. Clearly the next drive needs to be structural reform. While we have seen some initial fledgling action on corruption, it remains wholly inadequate. We need to open regulations to facilitate rather than impede business and we have to open up power generation to adequately provide for the country’s electricity needs.

As at around 10AM on 13 August, the rand was trading at R17.44/US$1. We are taking a longer-term view on this and maintaining our currency hedges that are already in place. As previously stated, we will consider reducing these currency hedges when the rand is trading below R16.50/US$1. This remains a longer-term view and we expect volatility to remain high until then. 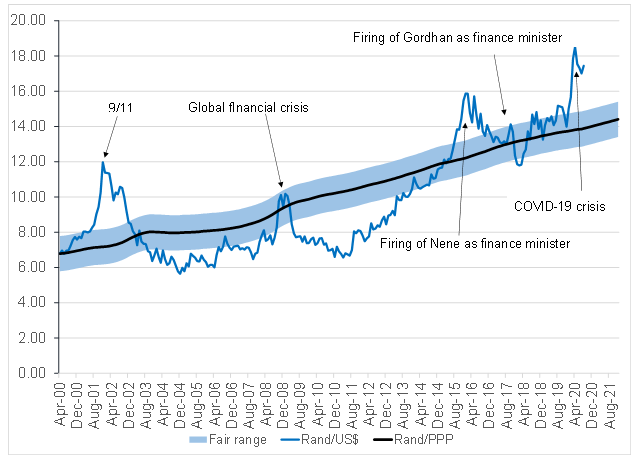